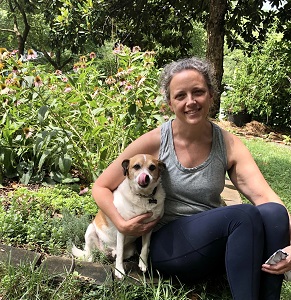 Dr. Julie Maul is a graduate of the Cornell College of Veterinary Medicine in Ithaca, NY.

She provides medical care for the cats and dogs at Small Miracles. She oversees the wellness programs, performs surgical and dental procedures and monitors the health of resident animals. She is committed to providing the best care for every animal that walks through the door of the shelter.

Dr. Maul enjoys running, yoga, cooking and reading. She is busy at home with her husband, 3 kids, 2 dogs, 2 cats and occasional foster kitten.

Small Miracles in a Nutshell

Small Miracles Cat & Dog Rescue is a private, nonprofit, no-kill shelter dedicated to providing the best possible care and finding forever homes for as many homeless cats and dogs as we are able. We have found homes for more than 12,000 cats since our founding in 2006 and more than 7,000 dogs since we expanded to serve dogs in late 2011.

More than 40 volunteers keep operations going, with a robust fostering program and animals offered for adoption at the shelter.

As a no-kill shelter, Small Miracles accepts animals that other shelters often euthanize, including pregnant cats and dogs. Injured and sick animals can get the medical care they need to address broken bones, wounds and other medical needs.

As a 501(c)(3) organization, Small Miracles relies on adoptions and donations to fund its operations. Grant support is provided by the Petco Foundation.

We advocate the rescue of abandoned, abused and homeless cats and dogs. We place these animals in loving forever homes. We believe if you're rescued, it's for life!

Our Board of Directors

Small Miracles was founded by President Moira Liskovec in 2006. Moira moved to Howard County from England with her husband and nine pets. Her husband suggested she get a job to help with the vet bills.

After becoming a veterinary technician, Moira had her "a-ha" moment when a man brought a pregnant cat to be euthanized at the veterinary office where she worked. She began to work with Petco stores to offer cats for adoption. By December 2009, Small Miracles opened its shelter on U.S. 40.

For her tireless animal rescue work, Moira was named a Howard County Volunteer of the Year in 2011.